The first two strategies as pointed out by Bennis, Benne and Chin are not so well known, but are often used.  They are empirical-rational and power-coercive.  They are so embedded in our minds that they play like a broken record.  The empirical rational approach is to provide empirical evidence to sway the thinking of those you are trying to change or to have a rational conversation based on logic and facts.  Some view this as the “carrot” side of change management.  The power-coercive approach is to sway thinking by power and can be viewed as the “stick” side of change management.

The third strategy (still Bennis, Benne and Chin)  is the normative-reeducative approach.  Here, successful change is based on redefining and reinterpreting existing norms and values, and developing commitments to new ones.  Learning is individual and subjective, and an approach that I have been using has been to allow managers and workers to change their own thinking by putting them in places where they can unlearn and learn a better way through observation and reflection.

The fourth strategy is one that I have used off and on over the past decade and was not aware someone had discovered the same approach.  It was coined by Fred Nickols and he calls it the environmental-adaptive approach.  I spoke with Fred about this approach was inspired by Rupert Murdoch and his firing of the employees and moving them to new jobs at a different location.

This doesn’t sound so great.  However, what Fred discovered was that from his experience is that people resist disruptive change, but adapt readily  to new circumstances.  Moving people from the old way of working to new circumstances that they can adapt to sometimes may be the right approach.

The key is to move workers and management to a better system.  If the existing system is wrought with waste and bloated with bureaucracy then setting up a new organization may be an attractive way to approach change.  However, this requires different perspectives and building blocks to be embraced or you will quickly make the new into the old.

Tripp Babbitt is a service design architect.  His organization helps executives find a better way to link perspective to performance and enable workers to build and refine their service.  Read his column at Quality Digest and his articles for CustomermanagementIQ.com. Reach him on Twitter atwww.twitter.com/TriBabbitt or LinkedIn atwww.linkedin.com/in/trippbabbitt. 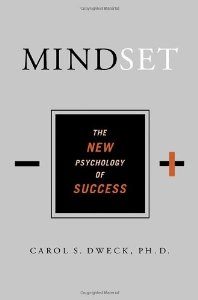 Cover of Mindset: The New Psychology of Success

I am reading a book called, Mindset by Carol Dweck (psychologist).  Dr. Dweck identifies a couple of different mindsets that people have – fixed and growth.  She believes that if we have a fixed mindset that we are not open to feedback.  If feedback is a description of someone’s value, they may not seek feedback.  Negative feedback to a fixed mindset is a horror movie in real life.

Dr. Dweck and Dr. Claudia Mueller conducted an experiment with a group of children.  Children were complimented on ability and effort.  Those that were complemented on ability (You are so smart) were found to seek easier problems, quit sooner and overall . . . performed worse.  Conversely, those children that were complimented on effort were found to seek harder problems, perservere and perform better.

So why did children perform worse when complimented on ability?  Basically, it is because when you succeed because you are smart . . . then when you fail, you are dumb.  Persistence in a difficult task risks being labeled dumb.  Who wants that?

Praise for ability in adults works the same way according to research done by Ryan and Robert Quinn in their book, Lift. When you praise adults for their ability, they believe their ability is fixed.  Executives and workers alike may become afraid of feedback for fear of failure.  Entire organizations may get caught up in their successes and avoid negative feedback.  That is, until it is too late.

Finding ways to view your organization in a different light sometimes requires negative feedback that executives don’t want to hear.  Fear of failure can be costly.

Tripp Babbitt is a service design architect.  His organization helps executives find a better way to link perspective to performance and enable workers to build and refine their service.  Read his column at Quality Digest and his articles for CustomermanagementIQ.com. Reach him on Twitter atwww.twitter.com/TriBabbitt or LinkedIn atwww.linkedin.com/in/trippbabbitt.

Wallstreet . . . the bastion of gambling, quick money and short-term thinking took a hit today.  This is positive news for the masses.  An act that removes an organization from the clutches of the investment world and some of the underworld figures that run it may become a trend.  We can only hope. 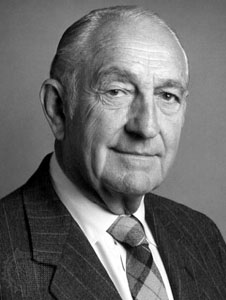 David Packard -co-founder of Hewlett-Packard – echoed this notion long ago.  His sentiment about expanding a business was an equation.

“The percentage increase in sales which you can finance each year is equal to your percentage of profit after taxes times your capital turnover.  Capital turnover is defined as the dollar in sales you can produce per year for each dollar of capital you have invested in your business . . . Your capital includes working capital (that is the money to be used to buy inventory, to finance your accounts receivable, to provide some working cash, etc.) and fixed capital would be the amount of money you have spent to buy facilities, tools and equipment.”                                       – David Packard (from Growth from Performance address to Institute of Radio Engineers; April 24, 1957)

Even Henry Ford was a proponent of stockholders being active in the business.  Believing that those who were active “will regard the company as an instrument of service rather than as a machine for making money . . . Hence, we have no place for the non-working stockholders . . . If it at any time became a question between lowering wages or abolishing dividends, I would abolish dividends.” (Henry Ford, My Work and Life)

Dell has an opportunity to do the right thing and not just do things right with this move.  Making decisions based on the long term is a start.  This will allow the design of a system that does right by customers and Dell workers.

A tough road ahead?  No road is easy, but the fundamental shift in thinking leaves the door open for greater possibilities.  Go Dell!  But there will be the devil to pay if you fail.

Tripp Babbitt is a service design architect.  His organization helps executives find a better way to link perspective to performance and use workers to build and refine your service.  Read his column at Quality Digest and his articles for CustomermanagementIQ.com. Reach him on Twitter atwww.twitter.com/TriBabbitt or LinkedIn atwww.linkedin.com/in/trippbabbitt.