“Facts are stubborn things; and whatever may be our wishes, our inclinations, or the dictates of our passion, they cannot alter the state of facts and evidence.”   – John Adams 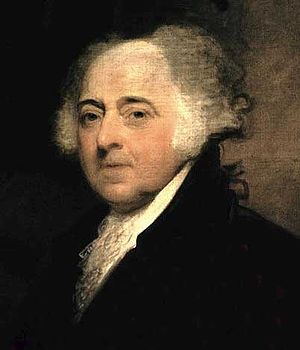 While watching the HBO John Adams series for the third time, I was impressed by many things that happened before the Revolutionary War.  Most notably that John Adams made the above quote in defense of British soldiers that fired during the Boston Massacre.  The provocation by the crowd was what caused the British soldiers to fire.  The sentiment of the day was that the American settlers were being taken advantage of by the British and King George III.  But the facts brought forward by John Adams during Boston Massacre trial helped shape law in the new land.

Today, instead of resentment of the homeland hierarchy that taxed goods, we are faced with a management hierarchy that concerns itself with position and not evidence or facts.  The ability to make a decision is more important than basing it in fact.  We are left in government with ideology and in business misguided thinking based on history, neither based in facts.

The problem with the management hierarchy is that they have lost touch with what is actually happening.  Management reports and analytics have replaced knowledge instead of enhancing it.  This is the price of technology, lots of information . . . but know knowledge.

Scant evidence exists that business improvement is achieved through work designs filled with front office and back office, shared services or even outsourcing.  In fact, much of the evidence is that these things are poor designs based in promoting the existing hierarchy.  That is management based in assumption rather than fact.

The current sentiment is toward those things that are outdated and changing thinking requires discomfort of management position.  When hierarchy becomes more important than facts we have not only injustice, but reduced profits.  Workers languishing in poorly designed systems that make little factual sense are perpetually stuck in a cycle of despair.

John Adams had it right in the face of unpopularity.  Facts are truly stubborn things.

Tripp Babbitt is a speaker, blogger and consultant to service industry (private and public).  His organization helps executives find a better way to make the work work.  Read his articles at Quality Digest and his column for CustomermanagementIQ.com  Download free from www.newsystemsthinking.com “Understanding Your Organization as a System” and gain knowledge of systems thinking or contact us about our intervention services at [email protected].  Reach him on Twitter at www.twitter.com/TriBabbittor LinkedIn at www.linkedin.com/in/trippbabbitt.