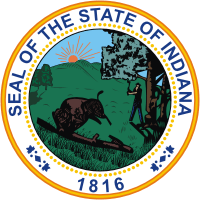 I have written several posts on the State of Indiana and the Indianapolis Star offered an opinion today titled,  A wrong righted none too soon.  The Star claims that FSSA has two strikes . . . I would say more like two outs, bottom of the ninth, an o-2 count and the batter that is up is batting below the Mendoza line.

There are several that have a hand in this, chief among them is the former FSSA Secretary that came with a political agenda and cynicism for the working class.  The media for supporting a technology mindset that says paper-based and manual processes are always bad.  The legislature for enacting laws that have created an unintelligible system that serves no one.  The current FSSA Secretary for not blowing the whistle when she had the chance and continuing to implement wrong thinking in a hybrid system that has 30% greater staff and still fails the recipients of welfare.

The good news is that the current FSSA Secretary has a law degree and she will need it to fight the lawsuit with IBM and the Federal government.  So, this fiasco plays into her hands.  Nice person, but not the skills or apparently the openness to seek better thinking.

And so goes the pendulum back and forth, Democrats and Republicans getting into power and squandering the opportunity as deficits mount.  Political agendas outweighing what is important to taxpayers, better provisioned services with less spending.  The reality is we can have both.

If government would focus less on political agendas and more on customer purpose and demand, we would begin to have the focus in the right spot.  We could still give people that are less fortunate a hand up.  This economic mess wasn’t made by these folks. And many like the 26-year old man (that couldn’t speak and functioned as a 6-year-old that was getting his benefits cut by FSSA) would be able to live with out his presenting more failure demand to get what he needs to live.

We are long overdue to sweep the hacks out that run agencies in command and control fashion.  Government management has to look beyond the legislature and reach the points of transaction where the real costs and value occur.

Make the new decade a profitable and rewarding one, start a new path here.  Download free from www.newsystemsthinking.com “Understanding Your Organization as a System” and gain knowledge of systems thinking or contact us about how to get started at [email protected].  Reach him on Twitter at www.twitter.com/TriBabbittor LinkedIn at www.linkedin.com/in/trippbabbitt.

Tripp Babbitt is a columist (Quality Digest and IQPC), speaker, and consultant to private and public service industry.