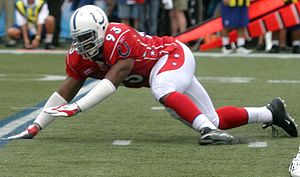 This is pure speculation and I have no proof, but I wonder about the whole Colts pursuit of a perfect season.  Let’s start back when the Colts were 14-0 and were up against the Jets.  The players were pulled to save them from injury . . . or were there more diabolical reasons like targets.

Certainly professional football is not about the fans or the Colts would have played there starters the whole game against the Jets.  I believe there were contract incentives in the coaches and GM contract to win the division, conference and Super Bowl.  But I don’t believe their contracts gave them anything for a perfect season.  In my theory, this led them to pull the starters as they had nothing to gain (perfection had no incentive).

Does this mean that we need to have incentives to do what is right for the fans?  I don’t believe so, it is just to take away the other incentives associated with targets.  No incentives, and we are left with doing the right thing.

What evidence to support my thoughts.  In the last game of the season, the starters played for Manning to get his consecutive start streak intact and a few passes to Reggie Wayne and Dallas Clark to reach 100 catches.  I don’t know about the Manning streak, but the other two sound like contract milestones.

More perplexing to me, was if injury was the real reason to “save” players than why was Dwight Freeney playing in clean-up duty the last few minutes of  the Jets playoff game?  This led to his injury before the Super Bowl.

I don’t know if my readers follow sports or not, but the foolishness of targets and incentives certainly can (or could) play out in a lot of ways in business or sports.  The customers in this case were the fans and they have an unwritten contract to see a team try to win.  Businesses and sports franchises need to realize that unintended consequences can occur when the focus is not on the customer (or fan in this case).

The solution isn’t that we need more incentives and targets, but we need none.  This would assure that the focus is on the customer and not the target with incentive.

Tripp Babbitt is a speaker, blogger and consultant to service industry (private and public).  His organization helps executives find a better way to make the work work.  Download free from www.newsystemsthinking.com “Understanding Your Organization as a System” and gain knowledge of systems thinking or contact us about our intervention services at [email protected]  Reach him on Twitter at www.twitter.com/TriBabbitt or LinkedIn at www.linkedin.com/in/trippbabbitt.