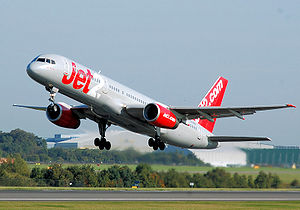 Airlines have generally been poor performers in the customer experience.  Pretty much every airline can not get it right.  I was going on a trip to Portugal and found Jet2.com and thought, “OK, budget airline . . . how much worse could it be?”  The answer is somewhere between a lot and criminal.

The website showed the really low fares, but there are fees for just about everything from breakfast, luggage and my personal favorite  . . . checking in on-line.  You see if you fail to check in on-line you have to pay about $27 for the privilege.  I had forgotten this and although I thought $27 was a bit steep, I paid it.

However, while I was waiting to pay a couple in front of me had tried to check-in on-line and the check-in failed.  I listened to the story as they spoke to a manager about the on-line issue.  The manager asked if they had written the error message and error code down (who would think to do that?).  Because the couple had failed to write down these two important pieces of information, they were out over $55 – at least if they wanted to travel that day.  I thought to myself, “who would think it is intuitive to write the error message down, besides shouldn’t the website working be the responsibility of Jet2.com?”

I made a mental note to be sure to work out something with the front desk at the hotel to print my return ticket.  When the day before leaving arrived, I went to work to “check-in” for the flight the next day.  The website asked for a series of passport information.  You have to select your country of issue (for the passport) and what country you lived in – both are the USA.  The first drop down menu had USA, but the second one did not have “USA” as a country to select.  Entrapping technology for customers is a huge problem in service, everyone wants to send customers to cheaper channels – they rarely become cheaper when you look end-to-end.  Variety in service demand sees to that.

When I arrived at the Portugal airport the next day, I knew that I would be blamed somehow for the website snafu, I just wasn’t sure how – so, I played it out.  The check-in desk told me I would have to go to a different desk to pay or plead my case.  Two other families were already there because the had hit the wrong airport during check-in and the other was confused about the selection – both wound up having to pay.

My turn, I explained to the agent about the drop down menu missing “USA” and the response was even more egregious than I had expected,  “We have had USA residents check-in on line before and they had no problem.”

Seriously!  This is a response that has nothing to do with MY problem – are you kidding?  I implored her to look on the website and see for herself, but she would have none of it.  I paid my (close to) $30 this time and decided to use the power of the internet to exact retribution.

The issue to me is that this airline can not or should not survive.  Allowing such poor service and getting away with it needs a public verdict or at least disclosure.  With all the failure demand coming into the desk at Jet2.com, it will eventually collapse under its own cost structure – it requires people to deal with these problems even if they get paid.  Add in the number of people that will swear never to fly them again and they will not last.

Tripp Babbitt is a speaker, blogger and consultant to service industry (private and public).  His organization helps executives find a better way to make the work work.  Read his articles at Quality Digest and his column for CustomermanagementIQ.com.  Learn more about the 95 Method for service organizations.  Reach him on Twitter at www.twitter.com/TriBabbitt or LinkedIn at www.linkedin.com/in/trippbabbitt.

Last reply was 4 months ago