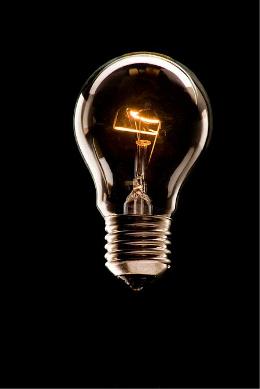 Some of my posts have caught the eye of several folks who have decided that my blogs are a personal affront.  Most of these people, I don’t even know . . . but they write like they do.  They are offended or even irked  by my posts.  I don’t believe I have attacked any one person ( I have mentioned a few) or any one company (ditto), but most of my writing has been about the thinking of those people or companies.  I don’t blame them for thinking in a command and control manner, what I aim to do is point out that there are better ways of thinking . . . for me that is systems thinking as defined by the likes of W. Edwards Deming, Taiichi Ohno and John Seddon.  An American, a Japanese and a Brit, I’m sure there is a joke in there somewhere.There is a history here that tells me that we are not evolving and learning in the US.  Sub-optimization and waste is rampant.  This waste is as disgusting as any of the nastiest scum at the bottom of the barrel, sewage treatment plant or the the flatulence of Uncle Bill at Thanksgiving.  We all seem to react the same way by ignoring the unsightly scum, smell or Uncle Bill.  Organizations come up with new change management  programs that amount to no more than rearranging the deck chairs on the Titanic . . . might feel like you are doing something important, but in the end the ship sinks.As a self-declared "reformed" Lean Six Sigma Master Black Belt I have witnessed many "real" improvements, "show" improvements, "no" improvements and way too many "we thought we were improving, but we were really only making things worse" improvements.  The problem I witnessed was that the "real" improvements were compromised by later executive thinking that undid what was just improved (no sustainability) because of command and control thinking.  "Show" and "no" improvements were made to be sure that a project showed savings even if they weren’t real.  But my favorite was always the category of "we thought we were improving, but we were really only making things worse" improvements where we would sub-optimize one part of the system for "savings" only to make things worse somewhere else in the system, making one/function/team/company hit their target and one (or more) others miss theirs.  This can not be helpful.So, the options were to stand idly by and continue to know the truth and not act or do something about it.  I chose to act, communicate, blog post, tweet, and speak to find other voices that have found the same thing.  Along the way, someone will be offended as belief systems are being challenged.  Writing and speaking against the assumptions around outsourcing, shared services, IVRs, technology, targets, incentives, scientific management theory and other damaging beliefs are bound to grab the ire of many (if not most) people.  Some because their livelihoods depend on it, some because they can’t imagine a better way or that they have been doing something wrong for all these years.  The reality is to me it is not so much that they were doing it wrong, just that is the way they knew, now there is better thinking and there will be something beyond this thinking.The great part about systems thinking is that I can show you in your system why command and control thinking doesn’t work as well.  As this requires an unlearning and re-education where the work happens not just in a classroom.  The risk of being caustic far outweighs the benefit an organization can capture from new thinking.Tripp Babbitt is a speaker, blogger and consultant to service industry (private and public).  His organization helps executives find a better way to make the work work.  Download free from www.newsystemsthinking.com "Understanding Your Organization as a System" and gain knowledge of systems thinking or contact us about our intervention services at [email protected].  Reach him on Twitter at www.twitter.com/TriBabbitt or LinkedIn at www.linkedin.com/in/trippbabbitt.
« Previous Post Next Post »

Saturday, June 27, 2009 by Esteban Kolsky:
Absolutely amazing post. I am so glad I found this blog. I always thought that I was the only one (i knew it was not true) that thought that lemurs following the leader into the cliff go down and die. That seems to be the attitude at most corporations: we have been doing it like that forever, we don’t know any better, everybody else is doing the same, etc. Great post, very nicely said.