Dr. Deming had found his audience. 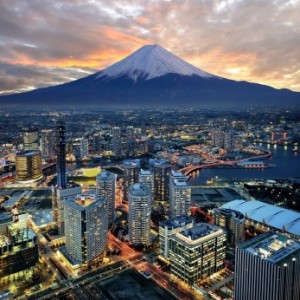 Largely ignored in his home country (USA) after WWII because the world had only one place to buy products . . . the US.  The industrialized mindset was born.  The methods Deming and Shewhart had taught during the war effort to make better quality military products were forgotten.

One engineer that had worked at Western Electric during the war was back 8 years later and the control charts they had used were now missing.  The basics to manufacturing better products were now gone.  Dr. Deming sought refuge in the US Census Bureau as US management used mass production to fulfill world demand.

As a statistician, Dr. Deming arrived in Japan in 1946 and 1948 to help with the census.  He was asked to talk about Quality Control to a group of engineers where he said it would be pointless unless the highest executives attended as well.  His sponsor, Ichiro Ichikawa did just that and because of Ichikawa’s importance in post-WWII got the attendance Deming desired in July 1950.

Dr. Deming who had grown accustomed to being ignored . . . found his audience.  He promised the Japanese that in 5 years that the Americans would be screaming for protection from Japanese products – they did it in four (in Deming’s words).

Within months, Japanese companies reported 30% + improvement in productivity by focusing on quality.  While the Japanese embraced the basics, his countrymen moved further and further from them.

Decades later, the Toyota Production System (TPS) became all the rage in the US.  The work of Taiichi Ohno was “discovered” by the Americans.  There would have been no TPS without the groundwork done by Dr. Deming in Japan.  The funny thing is that Americans are all running to Lean, when they should first be understanding the basics that Dr. Deming learned while working with the Japanese.  Ohno is indeed a product of American thinking and not vice versa.

US management has largely destroyed manufacturing in this country.  Outsourcing to other countries with cheaper labor is a natural extension of the industrialized, mass production mindset.  The problem is often pegged as a labor problem when America’s thinking about the design and management of work is the source.

The economic crisis in the US offers opportunities to rethink our approach and come to the realization we are wasting our natural resources with an inability to manufacture or service in a suitable fashion.  The economic tsunami that has befallen us is a product of playing games with finances rather than improving on the basics.

Tripp Babbitt is a speaker, blogger and consultant to service industry (private and public).  His organization helps executives find a better way to make the work work.  Read his articles at Quality Digest and his column for CustomermanagementIQ.com.  Learn more about the The 95 Method for service organizations.  Reach him on Twitter at www.twitter.com/TriBabbittor LinkedIn at www.linkedin.com/in/trippbabbitt.