US Healthcare: A View from a Systems Thinker

Tuesday, July 28, 2009 by Tripp Babbitt
I wouldn’t consider myself a complete novice in healthcare as I have been a patient, 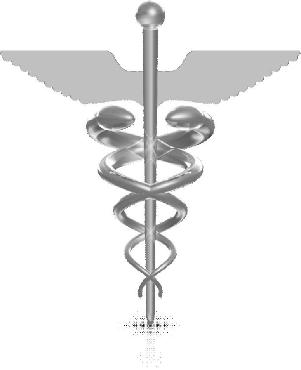 consultant to State medicaid and the CIO for State medicaid.  I have not done much with private insurance other than being a consumer.  I did over the weekend watch Michael Moore’s Sicko which by no means makes him (or me) an expert in private insurance, but did bring up some fundamental questions regarding private insurance.  An appearance from former New York Mayor Rudy Giuliani brought up even more questions around both private and public healthcare.As a consultant that redesigns the work of organizations from the outside-in, I am always interested in what seems to be missing as the consumer of services or in consultant speak "What matters" to the consumer.  As a consumer problems are always associated with the hassle of billing or even understanding the billing for as long as I have had insurance.  The sense of what I owe is always fuzzy with endless "updates" from my insurance provider.  Typically, with the message of we have submitted this to your insurance carrier.  This process seems to take months to clear itself and depending on your level of understanding one may be able to decipher all (rarely) or some of it.Later in life I have developed a "chronic" condition is Crohn’s disease.  This condition has pushed me out of the mainstream (and would surmise Michael Moore would say "profitable") pool of the insured.  I have to say this brings up question in my mind about the "profit motive" in healthcare, what good does insurance become when the healthy are the only ones that can be accepted?  I was able to enter a state pool program that in essence is forced to carry me and my condition.  But the scenario rings in Michael Moore’s Sicko where private insurance in its pursuit of profit declines the unhealthy and looks for ways to deny claims to remain profitable.  These are the same "system conditions" found in other businesses that actually increase costs and not reduce them.Now looking inside-out from a Medicaid vendor.  Medicaid had different issues than private insurance.  Medicaid seemed to change with political parties and what their emphasis was for the new administration.  A behemoth budget item in any State, billions are being spent.  Most talk seemed to center on "controlling costs" which I have learned since that trying to control costs in a management paradox increases them.  Most of this controlling involves the call for new technology or ways to track expenses, something that has always increased costs and not reduced them.Medicaid and Medicare are both highly outsourced rather you call it "privatization" or not.  Vendors to run the technology, surveillance and utilization review, pharmacy, audits, etc. that add millions (if not billions) to the program.  To me the problem is that none of the systems are designed with knowledge.  They are designed function by function based on FW Taylor’s scientific management theory where our attempt to decrease costs by function, increases the end-to-end costs as government requires more monitoring and inspection to insure that the pieces fit.  Add political ideology to this and you have a recipe for sub-optimization.Rudy Giuliani’s bend was that all things are inefficient just that public healthcare is more inefficient.  This left more questions in my mind.  How can one draw a conclusion like this based on what data?  I always find politicians on both sides to be very anecdotal by nature and loose with the facts regardless of party.  I was left asking myself about the government solution for healthcare vs. the private insurnace solution for healthcare.So, left with a systems thinking perspective I have two sub-optimizing systems.  One that is run by the government and the other run by the private sector each wrought with problems in the design.  Both have been designed to increase costs and promote waste because they have not been designed as an end-to-end system with knowledge of customer demands.  Tripp Babbitt is a speaker, blogger and consultant to service industry (private and public).  His organization helps executives find a better way to make the work work.  Download free from www.newsystemsthinking.com "Understanding Your Organization as a System" and gain knowledge of systems thinking or contact us about our intervention services at [email protected].  Reach him on Twitter at www.twitter.com/TriBabbitt or LinkedIn at www.linkedin.com/in/trippbabbitt.
« Previous Post Next Post »

Comments for US Healthcare: A View from a Systems Thinker

Tuesday, July 28, 2009 by Kevin Delaney:
Found (and am now following) you on twitter. I’ve been interested in costumer-centric reform of health care for several decades. The trick to reform is to change the flow so that the financing for health care comes from the patient and not from the insurance company. The best way to do this is with a thing called a Medical Savings and Loan: http://www.MedicalSavingsAndLoan.com This system uses a combination of Medical Savings Accounts and interest free loans to help individuals build up the resources to handle their care. Keep up the good work on thinking through the health care system.