Monday, May 18, 2009 by Tripp Babbitt
One of my favorite movies is Tora! Tora! Tora! when after the attack on Pearl Harbor Japanese Admiral Isoroku Yamamoto declares "I fear all we have done is to awaken a 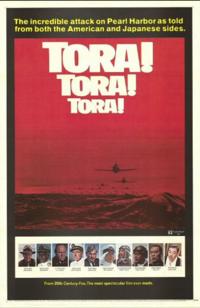 sleeping giant and fill him with a terrible resolve."  We are experiencing an economic Pearl Harbor that up to this point had been a slow drip of wealth and economic power from the United States.   Now we have a full blown crisis, the second major one in my lifetime.  The first was the decline of manufacturing in the US that started after the "Japanese Industrial Miracle" created in large part by an American W. Edwards Deming.  A traitor . . . no, he saw that the US after WWII was engaged with filling the world’s need from product and not interested in new (and better) thinking that had already been proved during the war effort.  Scientific management theory (Frederick Winslow Taylor) won out, productivity over continual improvement. The second crisis is now.  Manufacturing is just about finished in this country.  People wrongly believe that this is because of labor costs, so we outsource and share services to reduce costs.  The "Big 3" automakers (I use that term loosely now-a-days) did. They outsourced and cut costs and still could not compete.  So, the focus of reducing costs has been a non-starter . . . a loser.  What sells cars or service or anything else is the ability to provide value to customers, slashing costs is the beginning of the end.  How fast the end comes is dependent on the size of the organization and the management dolts that can cut costs as their primary focus.  Never knowing how to create value, after all any moron can cut staff . . . but to build value?  That takes talent.  That is leadership. Dr. Deming, Taiichi Ohno, John Seddon and others have offered us a better way.  It requires different thinking than the command and control mindset that still prevails since the manufacturing crisis.  Lean Six Sigma, A3, FMEA and all the tools will not lead us out of this crisis.  New thinking is required about management, work design, measures, technology, outsourcing, benchmarking, shared services and command and control thinking in general. In 1988 Konosuke Matsushita (Founder of Matsushita Electronics) is quoted as saying this to the US: "We will win, and you will lose.You cannot do anything about it because your failure is an internal disease.Your companies are based on Taylor’s principles.Worse your heads are Taylorized, too." So when will the sleeping giant awaken?Tripp Babbitt is a speaker, blogger and consultant to service industry (private and public).  His organization helps executives find a better way to make the work work.  Download free from www.newsystemsthinking.com "Understanding Your Organization as a System" and gain knowledge of systems thinking or contact us about our intervention services at [email protected].  Reach him on Twitter at www.twitter.com/TriBabbitt.
« Previous Post Next Post »

Comments for Wake Up, America!